Fran has been working as an actor for ten years since graduating from Edge Hill University with a BA (Hons) degree in Drama and Writing Studies. Fran’s professional work to date has included the role of Duck in Peter and Wolf and Jack in Jack and the Beanstalk (Bitesize Theatre Company); Mille in Pack up your Troubles and Toad in The Wind in the Willows (Salford Arts Theatre); Beatrice in Much Ado About Nothing and Ariel in The Tempest (Black Cat Theatre Company); Lady Macbeth in Macbeth (Black Cat Theatre, New Zealand tour); Alison in Look Back in Anger; Audrey in Blue Remembered Hills; the Cat in Pinocchio; Betty in Pack Up Your Troubles (The Lowry and RNCM); Maureen Hargreaves in Docks Law (The Lowry).

Other work includes:
Role-play for Wakefield and Manchester Police services and Warrington Borough Council; workshop leader and performer, including delivering Shakespeare workshops internationally to the Netherlands and Hong Kong for ACT ON INFO.

Fran is thrilled to be part of Topsy Turvy Theatre. Her initial venture with the company found her playing the parts of Rowan the Robin and Elva in The Lost Present…A Christmas Adventure! in 2013. In 2014 she played the parts of the Vegetables and the Troll in Isabel’s Well, and then went on to perform in our Christmas production Sorry! Christmas is Cancelled…Katie Saves the Day. 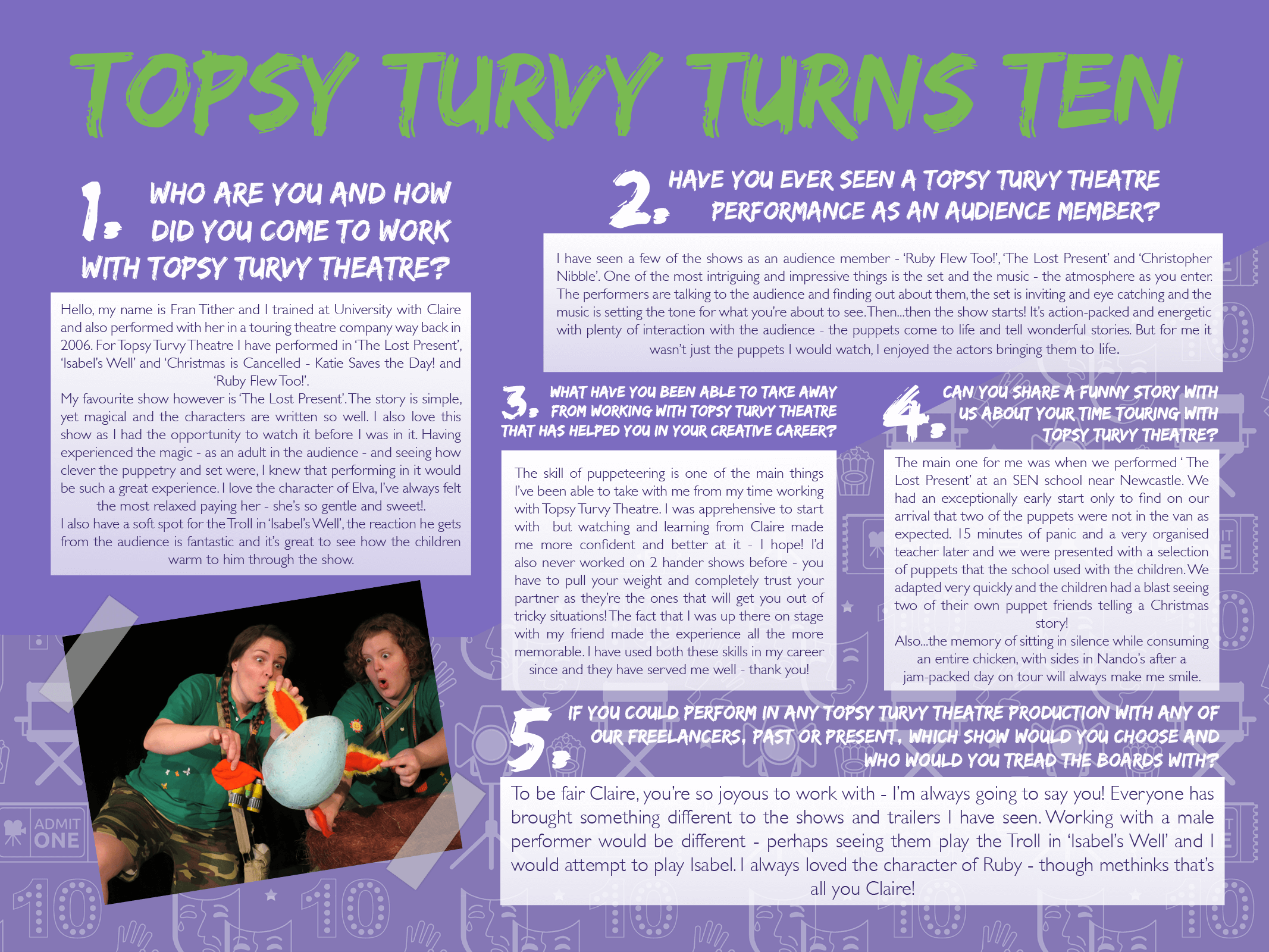 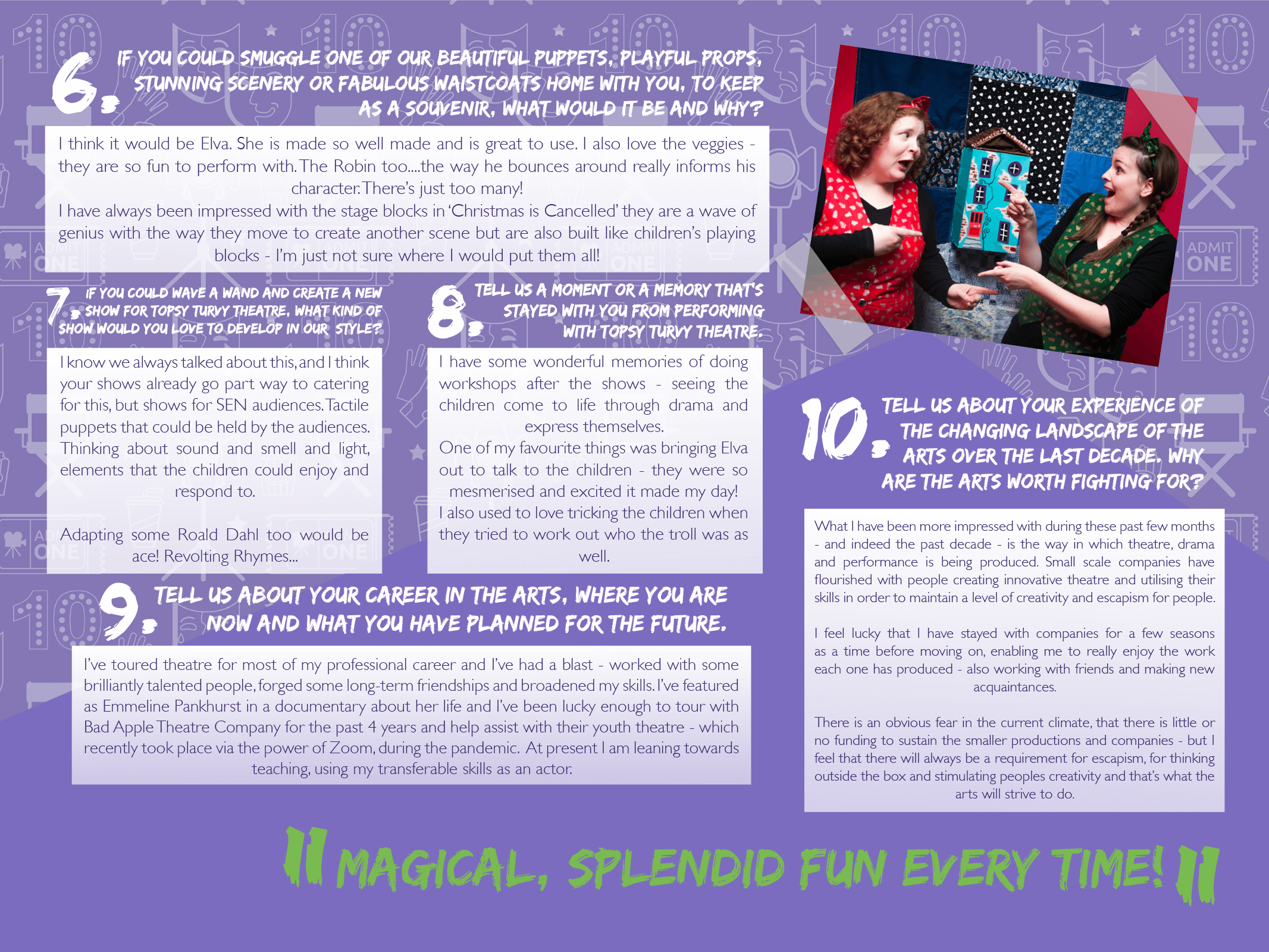