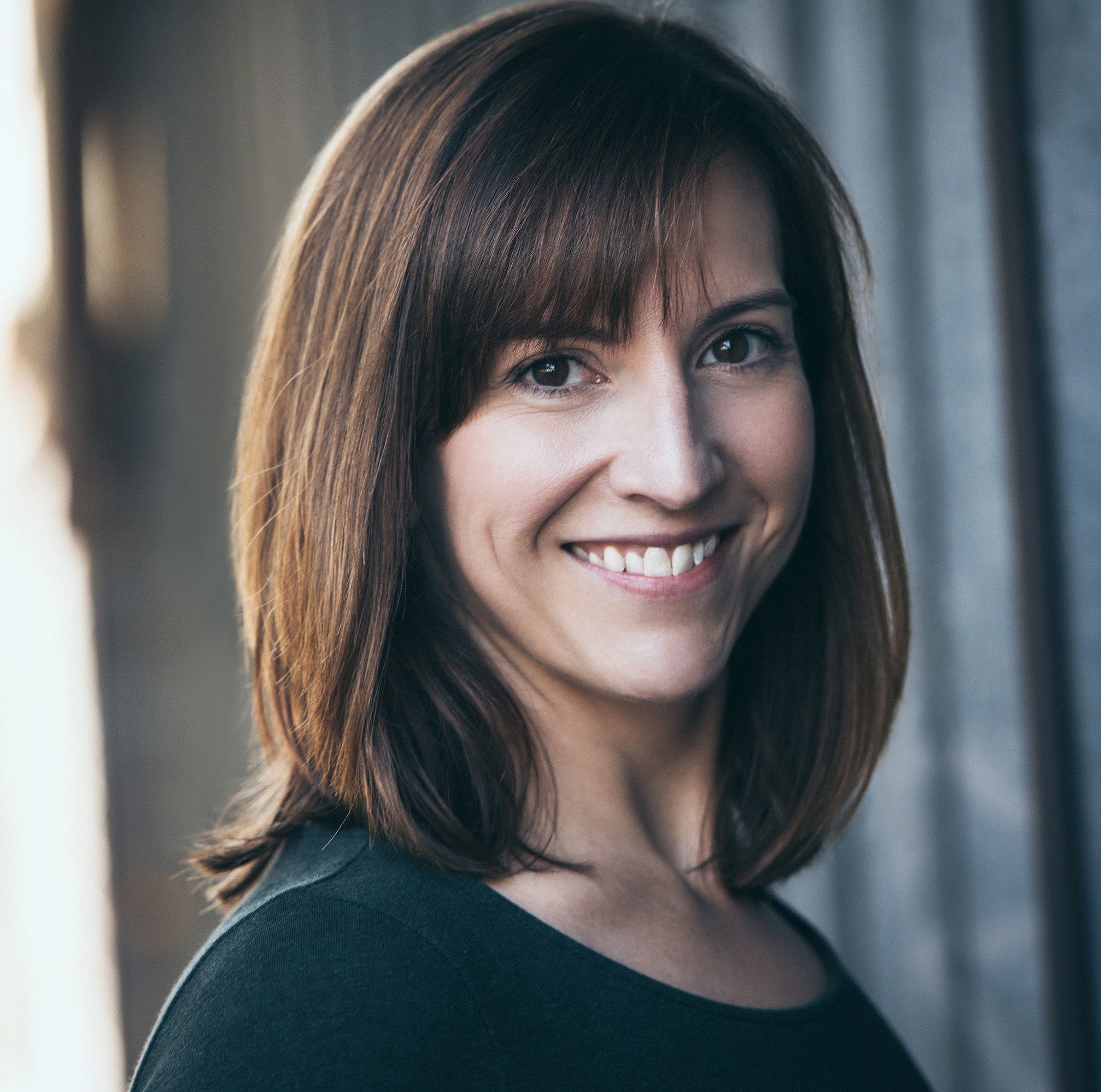 Since graduating from Guildford School of Acting in 2006 I’ve been involved in a wide range of projects across theatre, film and voiceover. I’ve been lucky enough to play theatres in many places to a variety of audiences inlcuding Hamburg, UK wide tours and the West End.   However, some of my favourite jobs have been the theatre for young audiences; STUCK, an adaptation of an Oliver Jeffers picture book, took me around the UK, USA and Malaysia and I played a variety of humans and animals in the stage adaptation of David Baddiel’s Animalcolm. And of course, working for Topsy Turvy on The Lost Present and Christopher’s Christmas in 2019; the puppets were gorgeous and the children were always entranced!

When I’m not acting, I work as a Creative Arts Practitioner, writing and facilitating workshops involving the performing arts. I strongly believe everyone should have the opportunity to participate in the arts and I work extensively with children, their families and teachers to nurture creativity, stimulate the imagination, develop high quality performance skills and build confidence.

I’m really looking forward to bringing some Christmas magic to audiences with Topsy Turvy this December. It will be a joy to perform live again after such a long time. I’m also excited about learning some new filming and editing skills in order to create our advent calendar. 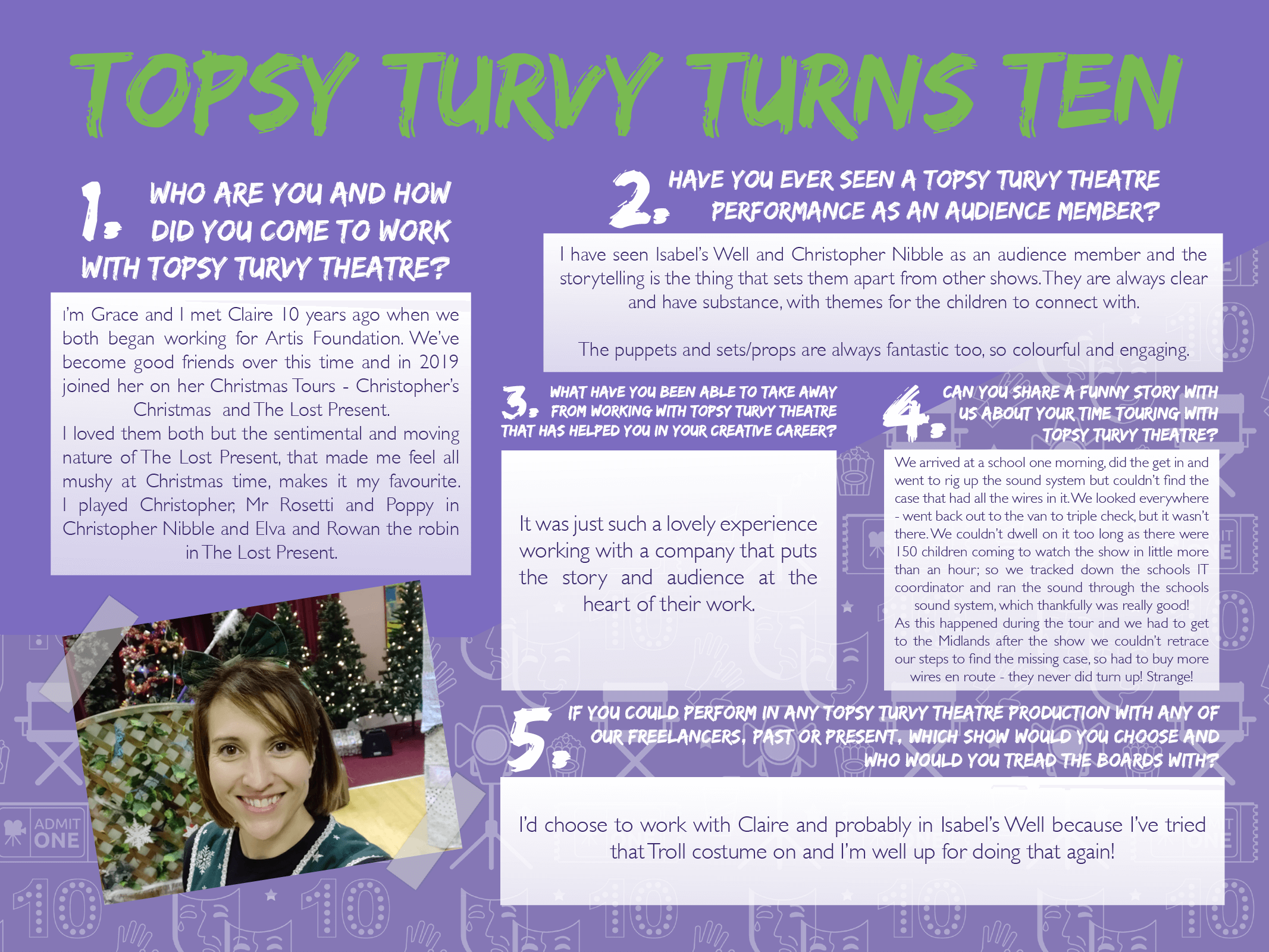 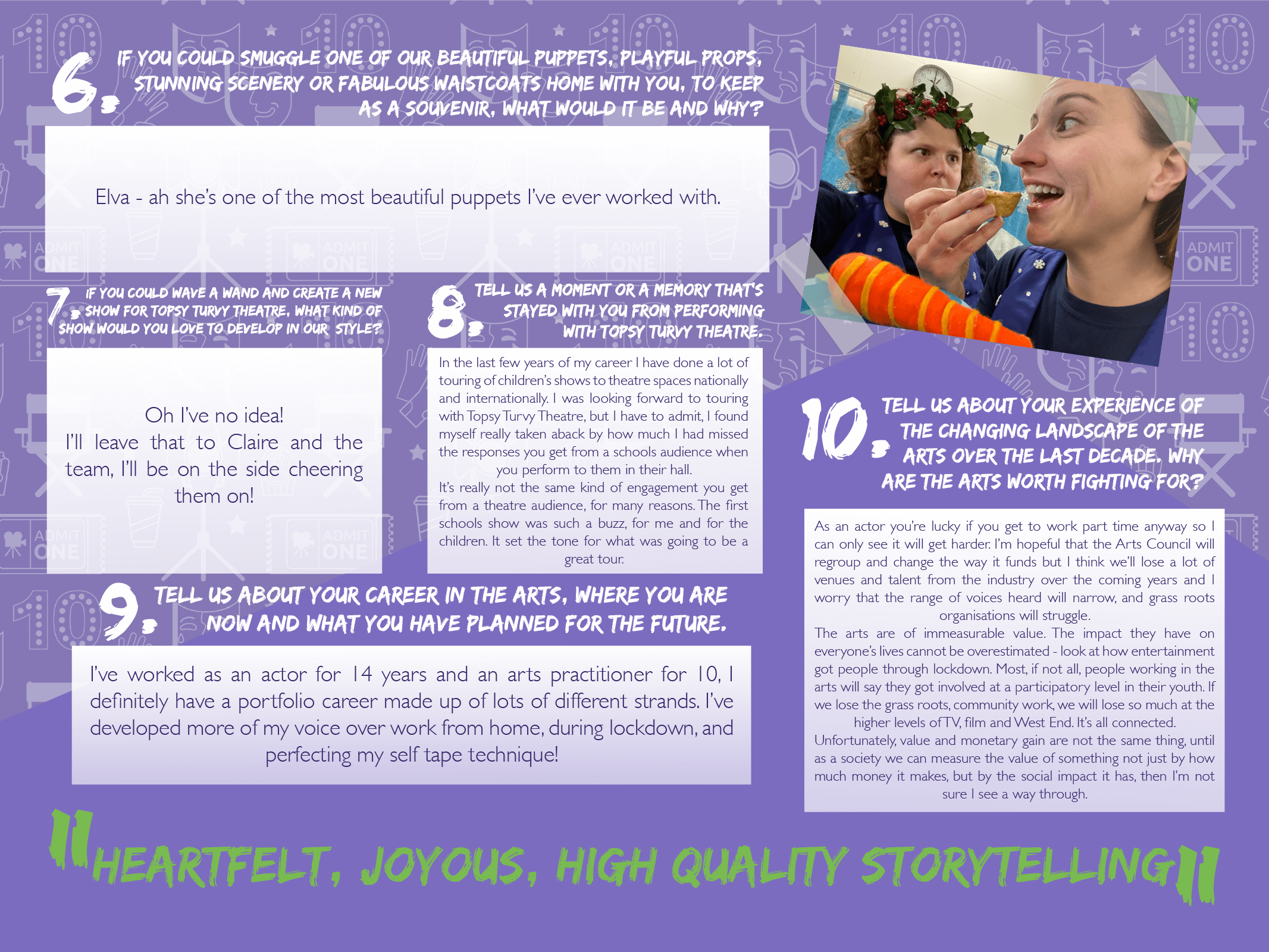