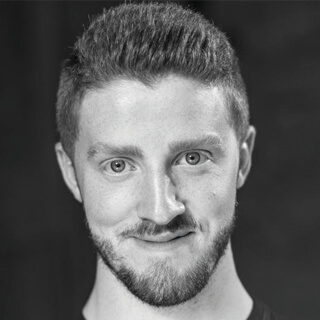 Richard Priestley is a Northern Irish, actor and facilitator based in Leeds. After graduating from the University of Leeds with first class honours in BA(Hons) Theatre & Performance, his experience centres around creating work with and for young people in both theatrical and educational settings. He has toured with shows with various companies across Yorkshire & Ireland and has used his skills in music, movement and puppetry throughout his professional work.

Richard is an experienced drama facilitator, and has led workshops across a wide variety of creative subjects working with young children in nurseries, to using music and drama to stimulate memories for older people in care homes living with dementia. Other workshops have included physical theatre, devising, ensemble, mask theatre, puppetry and song writing. 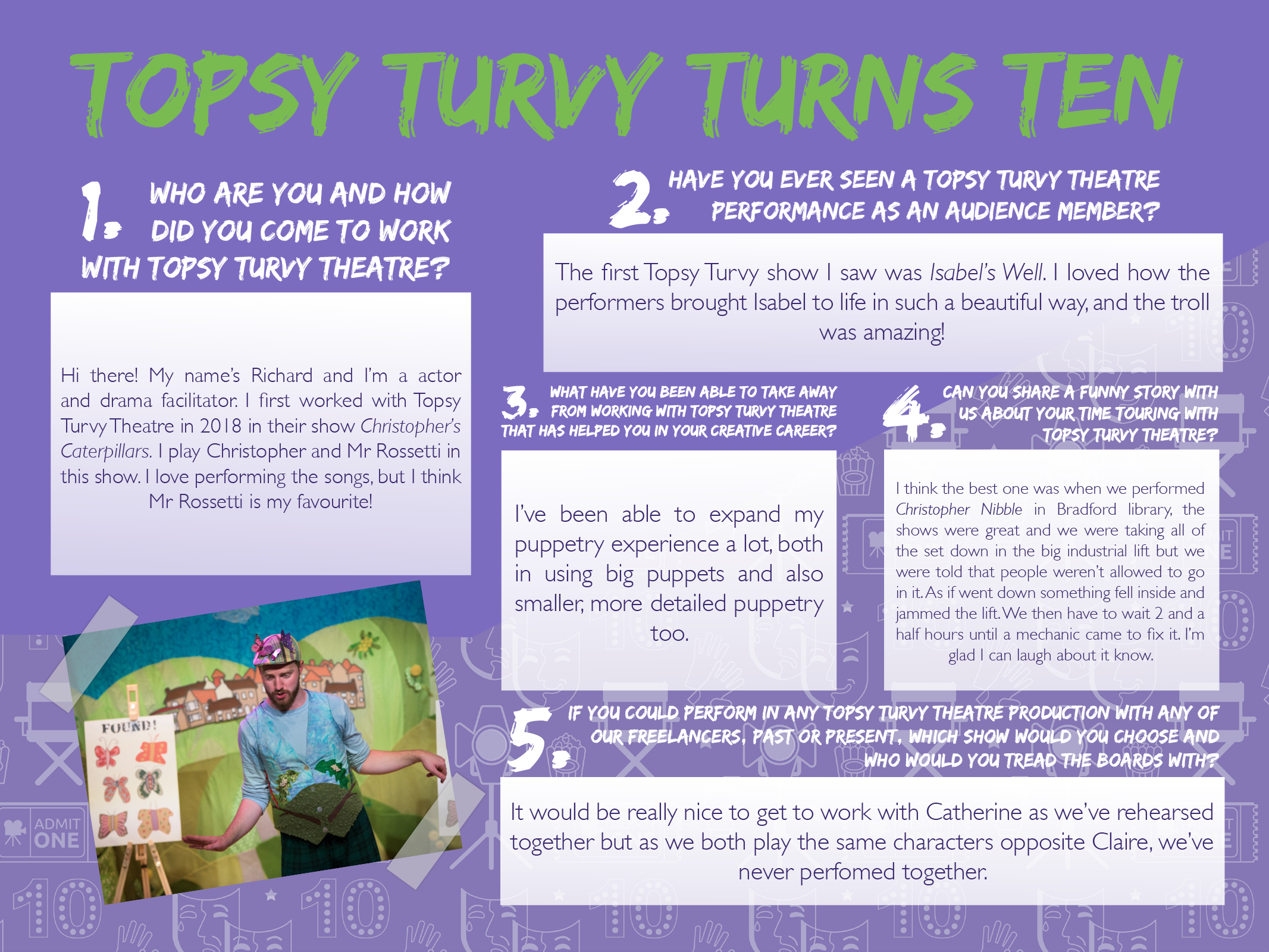 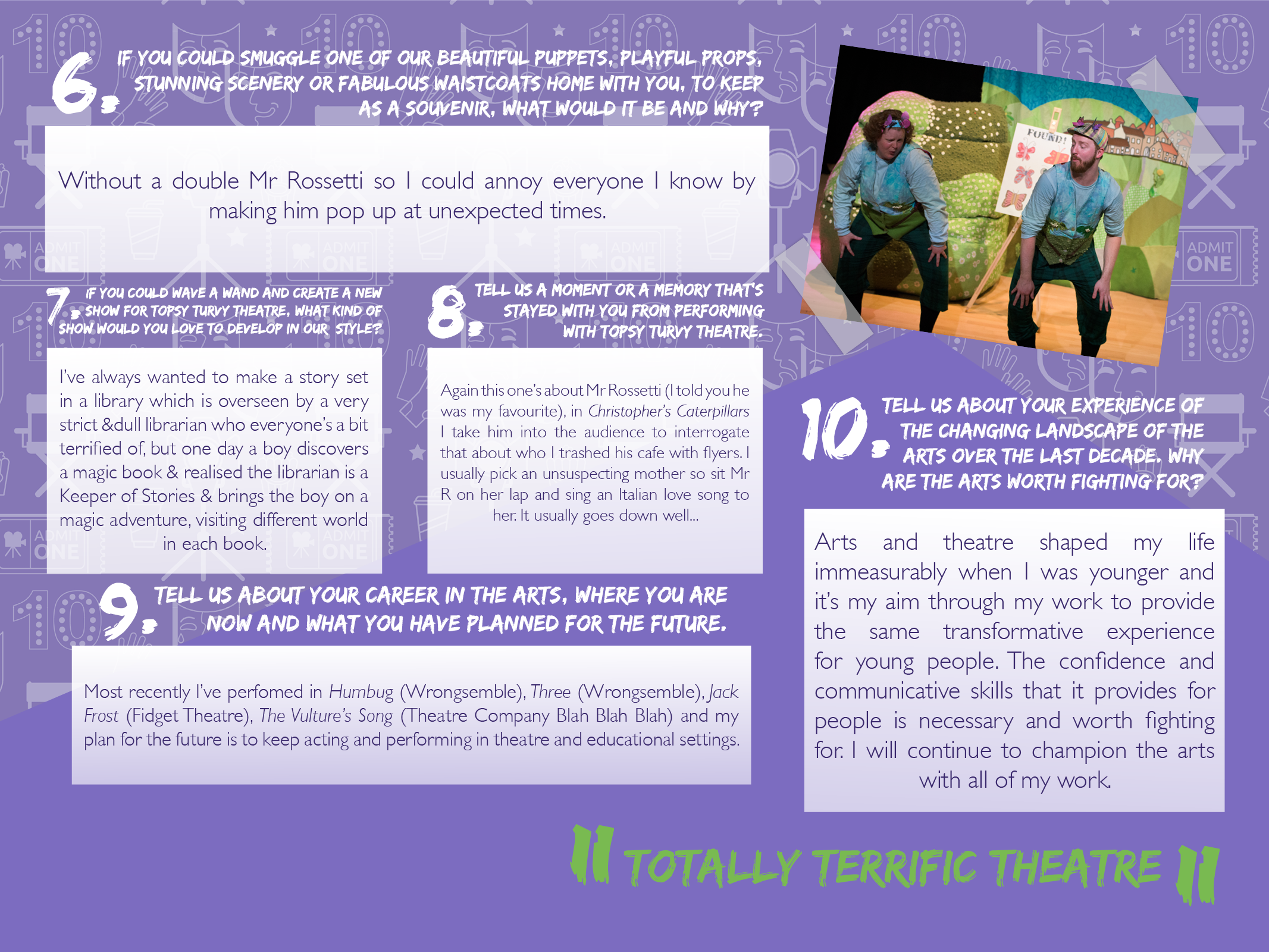